Car Shipping to the Port of Tacoma, USA

Find out about Tacoma's history, facilities and more. 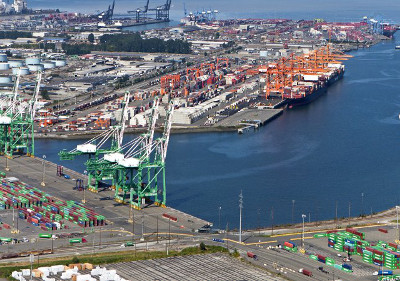 The Port of Tacoma is located in Tacoma City, Washington in the USA. It is based on Commencement Bay and is an independent seaport and natural deep-water harbour. It encompasses 2,400 acres of the Tacoma Tideflats.

The area had first been used for shipping since 1853, before it officially became a port. In 1873, a decision was made by the Northern Pacific Railroad to set up a terminus at Commencement Bay, Tacoma. There were other potential cities that could have been chosen but Tacoma was the city of choice due to being very large, deep and there was plenty of tideland waterfront for expanding the port at a later date.

Had the Port of Tacoma not been chosen by the Northern Pacific Railroad, it may not be the port it is today. It was a significant milestone in setting up Tacoma as a centre for trade.

There are also warehouses, docks and other emenities available for leasing or developing. There are four main terminals with berthing facilities up to 2,700 feet.

The port was very busy during 2012 and 1.7 million containers moved through it. In international trade it contributed $46 billion.

The Port has an interest in wildlife and conservation. It recently cleaned up and restored its areas of natural habitats for fish and other animals, creating a natural segregation between the industrial activities of the port and the surrounding residential areas. It has invested $160 million in improving the local environment.

Grain is actually the port's biggest export (corn and soybeans).

The Port's top trading partner was China/Hong Kong during 2010.