Car shipping from the UK to Manila via Roll on Roll off or Container Shipping. 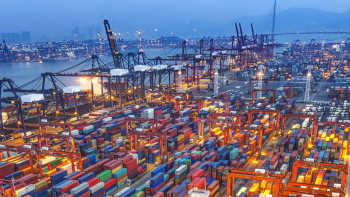 Covering an area of some 137.5 hectares (0.5 square miles), Manila is the leading port in the Philippines, and one of the oldest, busiest and most important ports in the entire southeast Asian region, having been a vital trade link between the Far East and South America for over 1,000 years.

The city of Manila is located on Manila Bay, and dissected by the Pasig river. As Manila Bay forms a natural harbour, the city has always been the primary route for goods and people coming in and out of the country.

The Philippines have been ruled (or at least come heavily under the influence of) numerous other nations in their history. Originally it was the Chinese who held sway, then, from the late 1400s, Muslims from neighbouring Brunei. The Spanish empire arrived (via Mexico) in 1571, with international trade truly beginnnng to flourish during the Spanish period. The country passed into US hands in 1898, was occupied by Japan during the Second World War, and finally gained independence in 1948. This chequered history has helped make Manila the truly cosmopolitan city it is today.

Today, the Port of Manila is goverment-owned, and operated by the Philippine Ports Authority. The port has 12 piers and berths for 22 ships, which between them handle nearly 21,000 vessels and over 75 million tonnes of cargo annually, as well as some 72 million human passengers.

The Port is divided into three areas: Manila North Harbor, Manila South Harbor and the Manila International Container Terminal. Manila North Harbor is located in the Tondo district on the north side of the Pasig river, Manila South Harbor in the Port Area district on the south side. Situated between these two, the Manila International Container Terminal is the 38th busiest container port in the world.

Recent improvements include a new passenger terminal for North Harbor and a new heavy goods crane for South Harbor. Works to add a bridge between the two harbours, and improve rail links to the Port, are still ongoing.

• Manila is known in Filipino as 'Maynilà', which means "where indigo is found" – a reference to what was once the region's leading export.
• The Birondo district of Manila is one of the oldest and largest "Chinatowns" to be found anywhere in the world, a link back to the city's medieval past.
• Manila Bay was the site of the Battle Of Manila, one of the most important naval battles of World War II.

We offer Roll on Roll off and Container Car Shipping services direct to the Philippines. For a tailored estimate for your shipment, complete the quick quote form on this page.