Information for shipping your car to Sierra Leone, Port of Freetown

Regular shipments via RoRo and Container direct to Sierra Leone 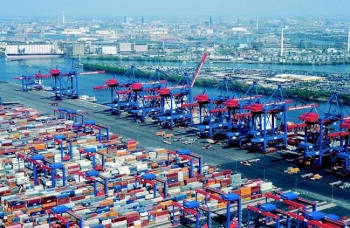 Freetown is the capital of Sierra Leone and the country's largest city, and is built upon a natural harbour. So it's unsurprising that its port is the primary point of entry/exit for all goods entering and leaving the country.

The Port of Freetown today is in two parts. The older section, known as Freetown Port, Government Wharf or simply "the harbour", is located right on the natural harbour formed by the mouth of the Sierra Leone River, while the more modern Queen Elizabeth II Quay (known locally as the Deep Water Quay) is located on the banks of the estuary.

Freetown has served as a port since medieval times, with the Portuguese setting up a trading post there as far back as the 15th Century, but construction on the Queen Elizabeth II Quay – which is what 'Port of Freetown' effectively means in most cases today – began in 1953, and was completed in 1960.

The port's cargo-handling facilities have traditionally been considered a little wanting – for instance in 2007, operations ground to a halt entirely for 48 hours, after someone accidentally put watered-down petrol in the port's only forklift truck. However, things are now improving, as the port has been the subject of a $700M investment programme by Chinese firm Tidfore.

Queen Elizabeth II Quay today has seven berths for large ships, which includes both cargo and passenger vessels. As well as this, there are extensive warehouse and outdoor storage spaces.

Draught in the port area is 9m, and the available cargo-handling equipment includes two forklifts, one super-reacher, five MAFI trucks and one super-reacher. However, the maximum capacity of any one crane is 24 tons, compared to the 100+ ton cranes found in other major world ports.

A full range of chandlery services can be found at the Port of Freetown, although there is no shipyard and so the range of repairs that can be carried out is limited.

• Freetown got its name because, in the late 1700s and early 1800s, it was a place where freed slaves from the Americas returned to and settled. Which is somewhat ironic, because the port had itself previously played a key role in the transatlantic slave trade.
• Trade and tourism in Sierra Leone took a major hit in 2014, when the country was the centre of an ebola outbreak. However, there have been no new cases reported there since 2016.
• Sierra Leone's principal industries are the mining and export of diamonds, bauxite and titanium. However, two-thirds of the population are subsistence farmers, with over 50 per cent living below the poverty line.

We offer Roll on Roll off and Container Car Shipping services direct to Freetown, Sierra Leone. For a tailored estimate for your shipment, complete the quick quote form on this page.