When it comes to driving in South Africa, UK visitors or ex-pats have one big advantage: South Africa drives on the left and street signs are in English, so the only mental adjustment you’ll need to make is to start thinking in kilometres, rather than miles, as this is how distances are signposted.

However, as South Africa is a huge country with both vast swathes of untouched wilderness and a high urban crime rate, driving there does present a number of new challenges for European drivers, which we’ll outline below.

Driving in South Africa – The Basics

To drive a car in South Africa, you need to be at least 18 years old and in possession of a full driving licence, which you’ll need to carry with you at all times, along with an International Driving Permit. Keeping your passport about your person is also recommended. You shouldn’t have any problems hiring a car from the age of 18 upwards, either, though drivers under the age of 25 may need to pay a surcharge.

Speed limits in South Africa are generally 60km/h (37mph) in towns and built-up areas, 100km/h (62mph approx) in rural areas and 120km/h (75mph approx) on motorways. Everyone in the car is required to wear a seatbelt, and children under the age of 12 must sit in the rear with an appropriate booster seat, while babies up to three years must use a rear-facing child seat. Failure to comply with the law can result in a fine.

Mobile use while driving (other than with a hands-free kit) is forbidden, with a fixed penalty fine for transgressors. And drink-driving is also strictly frowned upon, with an acceptable blood alcohol limit of just 0.05% (compared to the UK’s 0.08%). In any case, you’re strongly advised to keep a clear head, because South Africa’s roads can be dangerous!

Conditions on South African roads can vary immensely. In city centres and on major intercity highways, the roads are as good as any you’ll find in Europe or the USA; in townships and rural areas, road quality can drop off considerably, with many roads little more than unfinished gravel paths. Bear this in mind, both when planning your journey and while actually driving.

Wildlife can present an additional hazard for European drivers, who just aren’t used to wildebeest or baboons suddenly jumping out in front of their cars! So keep your wits about you at all times, especially in rural districts, and remember that any animals crossing the road automatically have right-of-way under South African law.

Finally, we come to what may be the first thing on many visitors’ minds: South Africa’s high crime rate, and in particular carjacking, which has been a problem in the country for many years. In reality, the situation here isn’t as bad as some would have you believe – see, for instance, locals’ response to this question on the Lonely Planet site. There are certainly some areas that are best avoided – many sources mention Johannesburg’s Hillbrow district, in particular – but as in most cities worldwide, these are generally the areas non-residents would have little need to visit anyway.

Generally speaking, as long as you take basic precautions such as keeping your doors locked, not leaving valuables in the car and not parking in dimly lit areas at night, you should be okay. But incidents do occur, and for this reason, you’re advised never to pick up hitchhikers, and not to open the window if approached by street vendors at traffic lights. If you have to stop and ask for directions, you’re better doing so at a service station than asking random passersby – and if you see someone who appears to have broken down, you should ignore the urge to stop and help, but should instead contact the police to inform them of the situation.

Lastly, one local quirk to be aware of is that traffic lights are known colloquially in South Arica as ‘robots’. So don’t be surprised if you do ask for directions and get “turn right at the next robot” in response!

If you’re planning to ship a car to South Africa from the UK, get in touch or get a free quote with us today. 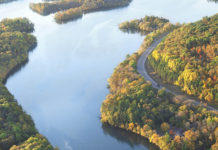 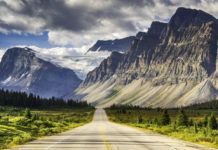 The Best Road Trips in Canada 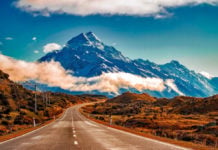