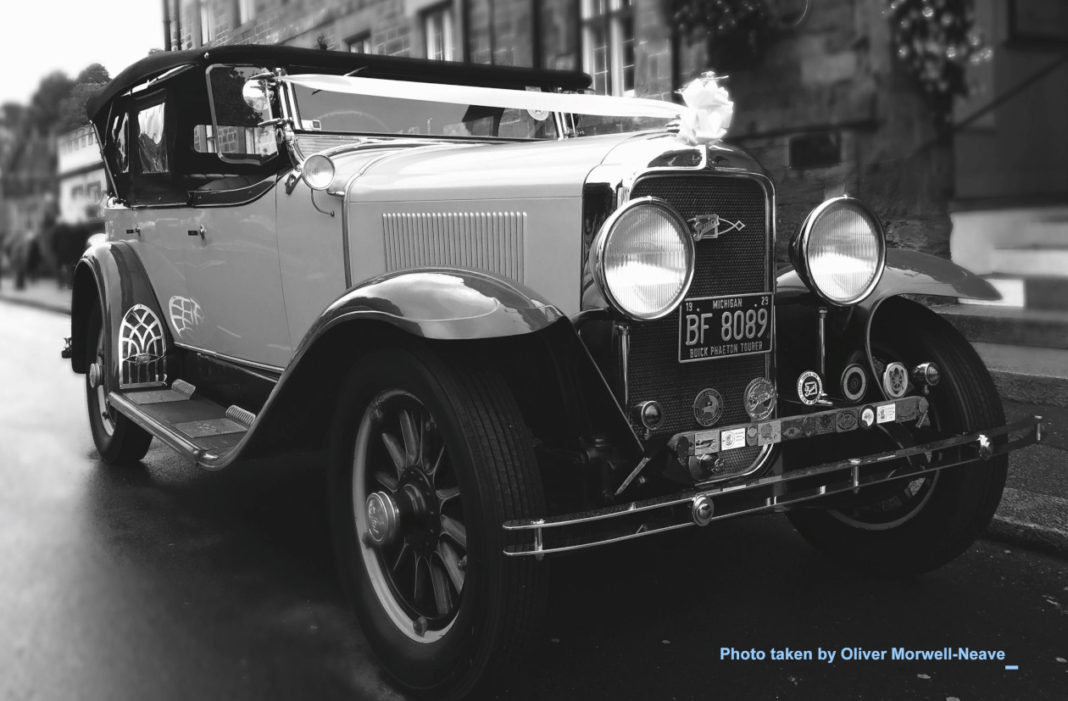 We recently had the pleasure of shipping this 1929 Buick, a truly classic vehicle that instantly conjures up images of the jazz age, prohibition, flappers, bootleggers and Tommy guns – and yet that can be yours for surprisingly little money.

Buick is the oldest car manufacturer in America, and indeed one of the oldest in the world, having produced its first motor car in 1899 (though the Buick Auto-Vim & Power Company didn’t become the Buick Motor Company until 1903). The company was responsible for the invention and development of the overhead valve (OHV) engine, and OHV engines would power all of its early vehicles, starting with two-cylinder models in 1904-1911, then moving up to four cylinders in the years 1907-24. The first six-cylinder engine was introduced to its top-of-the-range cars in 1914, but it wasn’t until 1925 that six-cylinder engines became standard across all the company’s vehicles.

The inline six-cylinder engine gave this car its common name of the ‘straight six’, but in fact there were two varieties of the car: at launch in 1925 the Standard Six had a 242 cubic-inch engine, while the more expensive Master Six had a 255 cubic-inch engine. Engine size then slowly crept up to 309 cubic inches, before Buick cancelled production of all its straight-six vehicles in 1931 as the company moved over to eight-cylinder engines.

What’s perhaps most immediately striking about the car’s design, to the modern eye, is its phaeton body style. Deriving their name from earlier lightweight and sporty horse-drawn vehicles with a similar body shape, phaetons were essentially the precursor to the convertible – the difference is that a convertible has windows in the doors, with only the roof retracting or removable, while a phaeton was an entirely ‘open’ design, the detachable roof cowl providing the driver and passengers with their only protection from the elements. 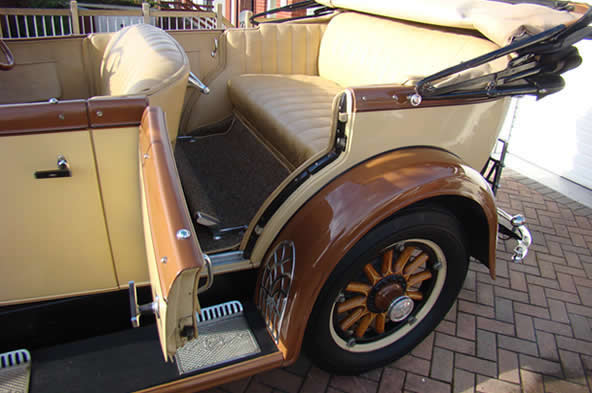 The phaeton design, however, was not the only configuration in which the Standard and Master Six were available: Buick also offered the vehicles in roadster, coupé and two- and four-door sedan variants, which ranged in price (at launch) from $1,259 to $1,565. The Master Six was an impressively specced machine for its era, offering luxuries such as a heater, cigarette lighter, clock and vanity case as factory options.

On The Silver Screen

The Standard Six and Master Six have featured in many Hollywood movies – the Internet Movie Cars Database lists over 70 cinematic appearances. Unsurprisingly, the car has featured most heavily in movies about the Prohibition era, from contemporary films such as 1927’s ‘The Patsy’ to more recent offerings such as 1967’s ‘The St Valentine’s Day Massacre’ and 1974’s ‘Capone’. The 1940 film adaptation of John Steinbeck’s ‘The Grapes Of Wrath’, the early 90s ITV series ‘Jeeves & Wooster’ and the 1933 version of ‘King Kong’ have also featured the car.

Despite its classic status and undeniable good looks, Buick straight sixes change hands for surprisingly reasonable prices – if you can find one, that is! Admittedly the rarer Master Six, in good condition, could set you back at much as £60,000, but at time of writing there were several Standard Sixes being offered for sale online at around the $25,000 (£20,000 approx) mark, with one for sale for just $15,000 (£12,000 approx).

That’s still a fair amount of money, of course. But when you compare £20K to the £50-£60K you’d have to fork out for a near-contemporary vehicle such as the Packard One-Twenty, that asking price starts to look a lot more affordable, and brings the Buick within the reach of the car collector who’s merely well-heeled, rather than it being the exclusive preserve of the super-rich – something you can’t say about many heritage vehicles of this era!

If you’re shipping a car (whether it be a classic or family car) get in touch today or get a quick quote here.