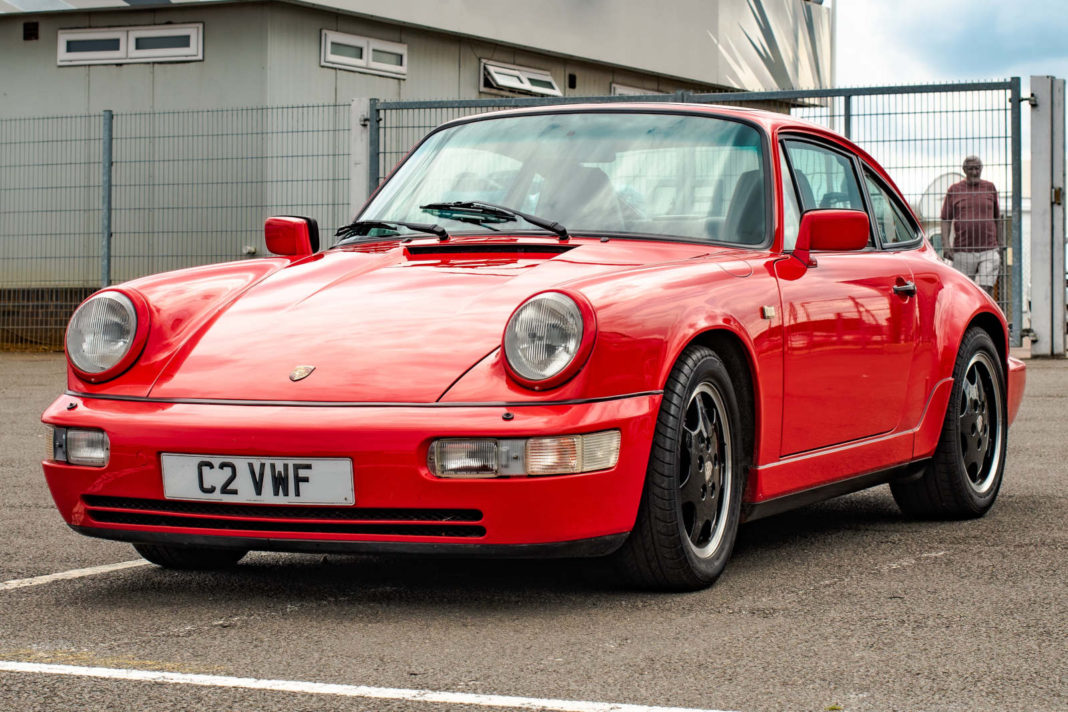 A truly iconic vehicle, in 1999 the Porsche 911 came fifth in an international ‘Car Of The Century’ poll. At that point, the car had been in continuous production since 1964, and Porsche still builds 911’s to this day, with the current line-up consisting of eight Carreras, two Turbos and the Speedster.

That’s somewhat misleading, though, because while Porsche has used the name ‘911’ to sell all of the rear-engined, six-cylinder coupes it’s produced over the years, they’re known internally by different model numbers. The current 911 range, for instance, is known at Porsche HQ as the 992 series. Looked at from that perspective, at least seven different cars have borne the 911 name over the past six decades.

Launched in 1964, the Porsche 911 was only the second road car to carry the Porsche logo, following in the tyre tracks of the Porsche 356. But the company’s roots go back much further.

Ferdinand Porsche (1875-1951) had worked as an engineer for Mercedes and Daimler-Benz prior to setting up his own company in 1931. Based in Stuttgart, Porsche AG was initially a consultancy involved in the design of racing cars, but in 1934 the firm was awarded the contract to design and build the Volkswagen Beetle (along with its military variants, the Kubelwagen and Schwimmwagen).

The international success of the Beetle then inspired Porsche to move into the road car market full-time, with the 356 going on sale in 1948, followed by the 911 in 1964. By then Ferdinand Porsche’s son Ferdinand “Ferry” Porsche (1909-1998) was head of the company, and it was his son, Ferdinand “Butzi” Porsche, who was chief designer of the 911.

The original 911 was a 2+2-seater coupe with a rear-mounted, 130bhp flat-six engine and four-speed manual transmission. A more affordable four-cylinder version, the 912, went on sale in 1965, replacing the Porsche 356.

A bewildering array of 911 variants were produced during the 60s and 70s, with the first Carrera model, the 911 Carrera RS, going on sale in 1973. The Carrera tag, borrowed from the earlier 356 Carrera, nodded to Mexico’s Carrera Panamericana races, while ‘RS’ stood for Rennsport (effectively, German for ‘motorsport’): early 911 Carreras were built for racing and had larger, more powerful engines than non-Carrera models.

Since then, the 911 has gone through several more generations, known internally as the 996, 997 and 991 series, and somewhere along the way the Carrera tag became attached to the standard, rather than racing, variants. The current eighth-generation 911, the 992 series, debuted in 2018.

A complete history of all Porsche 911 models can be found on Wikipedia.

Given the huge number of cars that have been called a Porsche 911 Carrera over the years, prices vary considerably: a late 90s Carrera 2 could be yours for (just) under £10K, but a 2010 Carrera S would cost nearly 30 times that!

Our forecourt was recently graced by a 1987 Porsche 911 Carrera Coupe that we were shipping from the UK to Oregon. The owner, Yves, had sold most of his collection of vintage cars when he moved to the US in 2016, but “just couldn’t face separating myself from this one!”

However, he was advised by classic car dealers not to try importing his beloved 911 due to California’s strict laws on imported vehicles, so it went into storage. In their words, “it would never get registered”.

This, of course, was some particularly bad advice. Whilst it’s true that import laws can be a bit tricky at times, they’re not as daunting as some think and with the right expertise, the process is actually incredibly easy.

This is evident by the fact that here at Autoshippers we ship many old and classic cars from the UK to the US every week. One of the more popular makes being old Land Rovers 100’s and 90’s.

Yves tried again after moving to Oregon last year, and tells us “the registration process took all of five minutes after a quick VIN number check”. Car and owner have now been successfully reunited and he’s looking forward to taking it for a spin come the spring…

If you’re thinking of shipping a classic car overseas, or any other car for that matter, get in touch with us today or get a quick, no-obligation quote here.

Here are a number of Porsche 911’s we’ve shipped over the years, both old and new – including Carrera’s, Speedster’s and GT3’s.