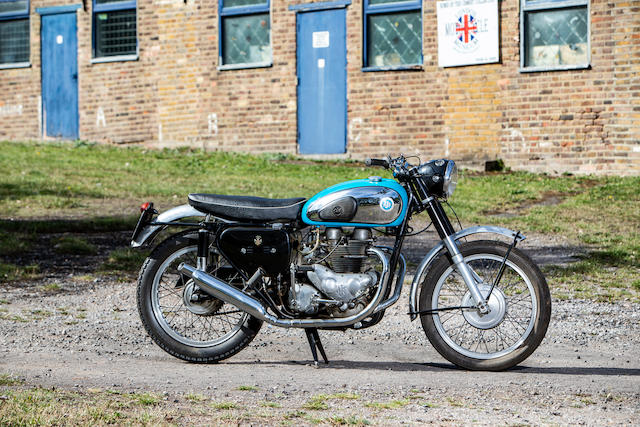 An introduction to AJS Motorbikes

AJS is a leading name in classic motorbikes, and it’s no surprise with a stunning array of models for biking fans to choose from.

Established in Wolverhampton in 1909, AJS was founded by Joe Stevens. Joe had several sons, many of whom played an active role in the development and running of the business. The name AJS represents the initials of Albert John Stevens, known as Jack. Jack was one of Joe Stevens’ sons and he was heavily involved in the development of the first motorcycle to be manufactured at the company’s Retreat Street base in Wolverhampton.

Having witnessed a Wearwell bike fitted with a Stevens engine cross the finish line first in a 24-hour run in 1909, Jack set about manufacturing bikes under the brand name AJS Motorcycles. The first model appeared at the Motor Cycle Show just one year later. A period of growth followed, but by 1931, the company had started to experience financial issues. In 1938, Associated Motor Cycles, which was owned by the Collier Brothers, took over AJS, merging the brand with Matchless.

The AJS 31 classic motorbike is undoubtedly one of the most famous and high-profile bikes from the AJS collection. Manufactured at the Matchless works in Plumstead, London, the AJS 31 was born out of a desire to lure in customers from the US, a potentially lucrative market, which gathered stature after the war ended in 1945. The first AJS 31 model was designed by Phil Walker and it aimed to build on the successes of the Model 11 while incorporating new elements to boost performance, including a new crankshaft, chaincase and a Lucas alternator.

In 1959, a deluxe model was launched on the back of high-volume production of the 1958 AJS 31 bike. With a top speed of 100mph, this bike caused a stir across the pond and orders flooded in from the US.

The deluxe model was followed by the CSR version (Competition/Sprung/Roadster). This was a high-performance bike, which was adapted and tweaked to race. The results were impressive, with Don Chapman and Ron Langston scooping victory in the Thruxton 500.

The AJS 31 is renowned as a fine example and it boasted unique features, which set it apart from other British motorbikes of the era, including a centre main bearing. The engines were stronger and smoother than their predecessors, facilitating enhanced performance levels. Increased competition made it difficult to keep the company afloat, but there’s no doubt that this bike is a success story. To this day, AJS 31 bikes remain hot property and they’re a popular component of classic collections.

AJS Motorbikes is one of the most high-profile names in classic motorcycles. The AJS 31 classic bike is highly collectable among motorbike enthusiasts and it remains a trailblazer of its time.

Here at Autoshippers, we were tasked with shipping an AJS 31 to the USA. We offer a motorbike shipping service from the UK, covering a wide range of destinations including the USA, Canada, New Zealand, Australia and more.

As part of our service, we create a bespoke crate made to the exact dimensions of each and every bike we ship. The bike is secured to the base with high strength straps and blocks on each wheel and the crate is then assembled around the bike to ensure a safe and secure shipment.