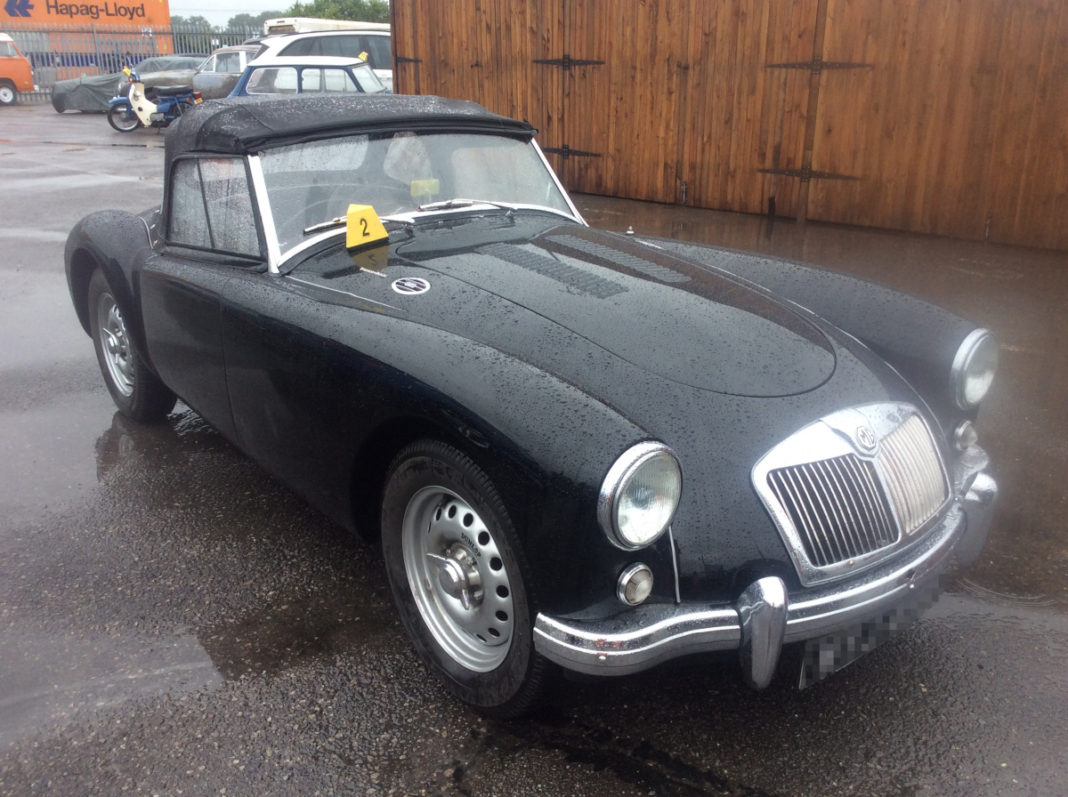 Say ‘MG’ to the average Brit in the street and the first car they’ll think of is probably the Midget. Understandably: the MG Midget is indeed an iconic British motor, and was around a long time, shifting some 140,000 units in its 19-year run from 1961 to 1980.

In sales terms, though, the Midget is but a minnow compared to its predecessor, the MGA, – the company’s first “modern” sports car managed comparable total sales to the Midget (101,000 approx) in just seven years!

The MG Motor Company began life in 1924 – the name stood for Morris Garages, the retail chain with which founder William Morris, also of sister-then-parent company Morris Motors, first made his money. Sports cars were MG’s focus right from the start, and the first off the production line was that year’s MG 14/28.

In 1929 the company issued the MG M-Type, which was the first MG to be given the ‘Midget’ tag. But with their running boards, high wheel arches and carriage-style headlamps, the M-Type and its various successors (the C-, D-, F-, J-, K-, L-, N-, P- and T-Type Midgets) looked more like something out of a 1920s gangster movie than anything we’d associate with the term ‘sports car’ now.

The T-Type (introduced in 1936, a year after privately-owned MG became part of the publicly-traded Morris Motors) managed strong sales right through till 1955. But in the post-war era, a rethink was required, and that came in 1955 when, at the Frankfurt Motor Show in September, MG unveiled its new, far more modern sports car, the MGA.

Using the same straight-four, 1489cc BMC B-series engine as its saloon cousin the MG Magnette, the MG had a streamlined design that in 1955 was the height of modernity. With a four-speed gearbox and twin SU carburettors, the car had a top speed (as measured by ‘The Motor’ magazine) of 98mph (157 km/h) and could accelerate from 0-60mph (0-97km/h) in 16 seconds. It was priced, at launch, at £844.

In 1963, the MGA was replaced by the MGB, which existed in various forms through till the 1980s, while the MG Midget – a rebadged version of the MGA-inspired Austin Healey Sprite – arrived in 1961.

The MGA and the track have never been strangers, but nor are they the best of friends! Three prototype MGAs took part in the 1955 Le Mans 24-Hour Race, but only two finished – those two came in a respectable 12th and 17th place overall, but the driver of the third car, Dick Jacobs, crashed and was seriously injured.

Despite that inauspicious start, the MGA is used extensively for sports car racing in the US – where MGA sales were always a lot stronger than they were in the UK – with MGA driver Kent Prather winning the SCCA championships in one six times in the years 1986-2005. The car was also briefly used in NASCAR racing in the early 60s, but with little success.

As for films and television, the Internet Movie Cars Database lists nearly 200 on-screen appearances by the MGA – although mostly in a supporting role.

As we’ve seen, the MGA sold more units per year than the Midget it inspired, but never achieved quite such star status. From a modern buyer’s point of view, that’s great news, because an MGA can be yours for surprisingly little money.

Generally speaking, roadsters attract higher sums than coupés, with Twin-Cam roadsters the most sought-after of all: a twin-cam roadster could easily set you back over £40,000 but depending on condition, a coupé can be yours for around £15,000-£20,000, though there are plenty of unrestored ‘doer-uppers’ around for under £10,000. If you are thinking of taking the plunge, then check this very useful buyer’s guide on the AutoExpress website.

Here are a few MGA’s shipped by us here at Autoshippers. 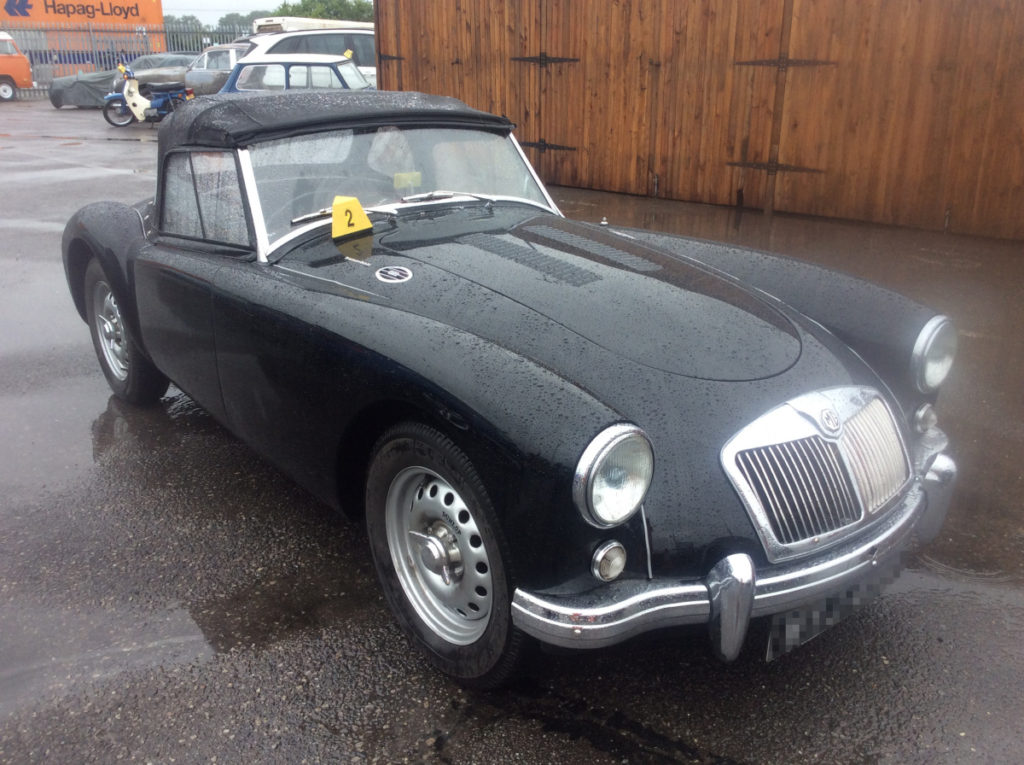 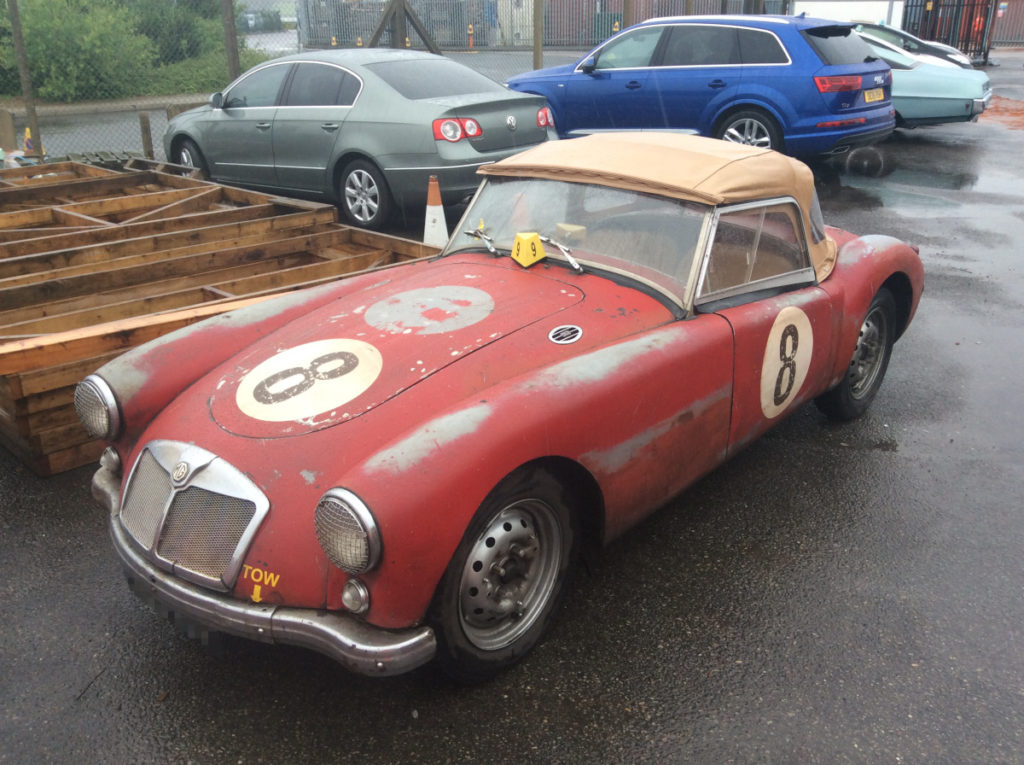 We hope you enjoyed our Closer Look at the MG MGA! Keep an eye out for more on our blog or check out the rest of our interesting shipments series. And of course, if you’re shipping a car (whether it be a classic or family car) get in touch today or get a quick quote here.