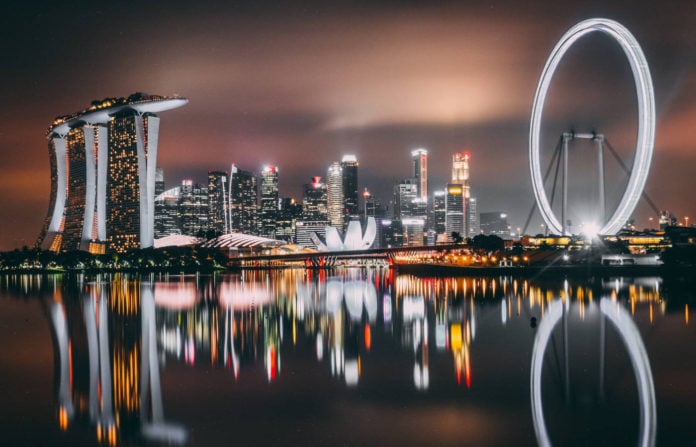 Driving in Singapore should feel comfortingly familiar to visitors or new residents from the UK. Like a lot of former British colonies, Singapore’s street signs are all printed in English – as well as Chinese, in most cases, with some also in Tamil – and you’ll be driving on the right.

The roads are well maintained, reflecting the city-state’s reasonably affluent status, and traffic isn’t too bad for a major Asian city. As a result, various surveys have ranked Singapore as a less stressful city to drive in than London, New York, Hong Kong or Tokyo, so even nervous drivers needn’t worry too much.

One thing you do need to be aware of are the strict measures that have been taken in the city to prevent congestion and pollution: these can impact on your driving plans considerably, particularly if you’re thinking of importing or buying a car, but also if you’re just renting. There’s more on this below, but first, the basics…

To drive in Singapore you need to be at least 18 years old, and car rental companies will usually require you to be at least 21. You will need an International Drivers Permit as well as your UK licence, and if you’re staying there for any length of time and are granted resident status, you will need to convert the latter to a Singaporean licence. You should carry both licences, your passport, insurance and registration documents with you at all times.

Speed limits in Singapore are generally 50km/h (31mph approx) in the city, 70-90km/h (43-55mph approx) outside of built-up areas and 90km/h (55mph approx) on motorways – slower than we’re used to in the UK, particularly on motorways, so some mental adjustment may be required.

As one of the traffic-calming measures referred to at the start, many Singaporean roads are subject to “electronic road pricing,” or ERP.

Although this may seem confusing to European visitors at first, the system actually works very similarly to the congestion charge that’s applied in London and other European cities. The perimeter of a central area of the city is marked out by gantries over the road, and cars can only enter that area if they’re equipped with an in-vehicle unit (IU), a small device that attaches to the car’s windscreen. The IU automatically deducts a toll from a payment card (CashCard) inserted into it each time the gantries detect it has entered the ERP zone within certain hours. Outside of those  hours cars are free to travel in and out of the ERP zone without charge.

On the plus side, since 2015, a virtual wallet system called vCashCard has eliminated the need to worry about continually topping-up your CashCard, as the toll can be deducted straight from your bank account instead.

In most countries worldwide, buying and owning a car means you’re legally entitled to drive it (assuming that you have a licence and that the vehicle is roadworthy, of course). That’s not the case in Singapore, however!

Again in a bid to reduce the sheer number of cars on Singaporean roads, the Land Transport Authority imposes a strict quota system, and you have to effectively pay the government for permission to drive the car you just bought. Such permission is auctioned off in the form of Certificates Of Entitlement, with 1/12th of the annual quota of new Certificates auctioned to the highest bidder each month. A Certificate Of Entitlement is bought and sold with the car, like an MOT certificate, rather than attaching to your licence.

If you’re successful in your bid for a COE, it is good for 10 years – after which you’ll need to go through the whole process again. Bearing in the mind that the cost of the COE can often equal or even exceed the value of the car itself, it’s something that makes buying a car in Singapore a far more complicated and costly procedure than it is elsewhere.

Bureaucracy aside, with its good roads, well-enforced traffic regulations and very low crime rate, Singapore is definitely one of the “nicer” Asian cities to explore by car… so enjoy!

Are you shipping a car to Singapore? Get a free quote today.